General description
The main function of the ABS system is to control the speed of the wheels when the brake pedal is pressed by checking whether any of the wheels decreases its speed faster than the others. This means that there’s a possibility of a wheel “block”. The modern equivalent is now called “Stability Control” and is much more advanced than the standard ABS. New cars are fitted with anti skid system, which basically works opposite to the ABS. If there is some increase to the individual rate of any of the wheels when accelerating, this wheel receives breaking pressure to reduce the difference. During this time, the electronic control unit changes the torque. The ABS indicator light does not flash before, during and after the above action, i.e. control unit does not perceive the situation as an error, but as the normal operation of ABS.

Principle of operation of the ABS

Each controlled wheel is fitted with pinion and inductive sensor comprising a permanent magnet and a coil. Rotation of the pinion induces AC voltage in the coil sensor, which frequency is proportional to the angular speed and the number of teeth of the wheel.
Hydro-pneumatic unit incorporates hydraulic accumulator, electro-hydraulic pump and valves. Individually adjustable valves are fitted in pair at each wheel: normally open input valve and normally closed output valve. By controlling these valves, the ECU increases, decreases or maintains constant pressure in the brake chamber. In the initial state of the hydro-pneumatic unit, the two electromagnetic valves and the hydraulic pump motor are empty. Brake chamber is connected to the master cylinder through the open output valve and the input valve is closed.

During its operation the ABS ECU receives signal from four identical in design sensors, one for each wheel (Fig. 3).

The sensor consists of a coil with a core magnetization. Sensor output is AC, and generates a voltage pulse each time any of the teeth of the rotating cogwheel passes through the sensor’s magnetic field. The shape of the output signal depends on several factors:

Each of these factors plays a significant role in forming the output signal from the sensor. When one of cogwheel’s teeth falls into the magnetic field of the sensor, a positive voltage peak on the output signal is present, and after leaving the magnetic field a negative voltage peak is present, equal to the positive one.
The sensor has two output terminals, one of which is connected to the ground and the other (signal) is connected to the ECU.
The output signal of the sensor depends on the speed of the car: lower speed means smaller output amplitude and the period of impulses is bigger, and opposite – at higher speed, the amplitude is greater and the period of pulses is less.
In case of a mechanical failure of any of the teeth of the ABS reluctor, the output signal looks like the signal in the diagram below (Fig. 4). 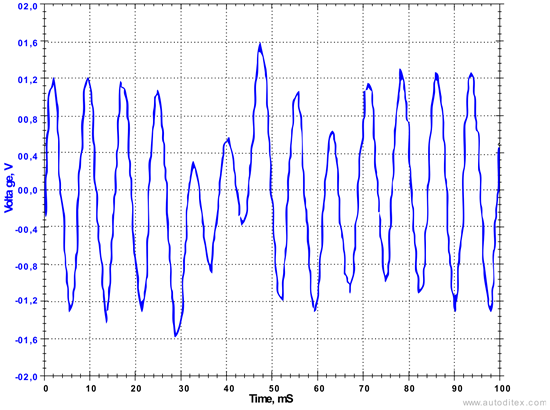 If wear of the teeth is present, output signal will look like the signals in the following diagram (Fig. 5). 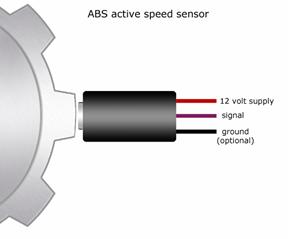 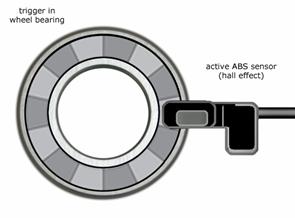 Active ABS sensors offer an advantage of being able to read very slow speed. Passive sensors, normally quit reading around three miles per hour. Newer active sensors can also determine the direction of rotation. They can be built much smaller than passive sensors. Often they are incorporated into the wheel bearing assembly. This saves assembly time for the manufacturer, but greatly increases the cost of repair. When an integral sensor fails, the entire hub bearing has to be replaced.
Active ABS sensors produce a square wave, digital output. The operation of the active sensor can be likened to the Hall type sensor found in distributors etc. The pick-up assembly has an inbuilt amplifier, producing a strong signal even at a very low speed and thus relies on a supply voltage, normally 5V but it can be 12V. The rotating element consists of a multi-pole (north-south, north-south) magnetic ring, which can be located onto a rotating assembly as with the passive sensor. The rotating, alternating, magnetic poles generate a magnetic flux within the sensor element, which then amplifies and regulates the signal for the ECU to use as wheel speed information. The output of an active sensor is capable of sending wheel speed information down to 0mph, whereas the passive sensor’s accuracy is usually dubious below, 25mph. Active sensors generally have three wires: power supply (reference input),  signal return and  earth/shield. But some active sensors have only two wires (reference voltage and signal return).
Also, some vehicle manufacturers now use active sensors that have small aerials built in, to transmit information to the ECU (vehicle’s computer) via radio waves.

Procedure to verify the reliability of the passive ABS sensor 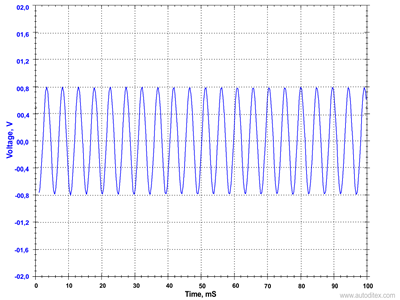 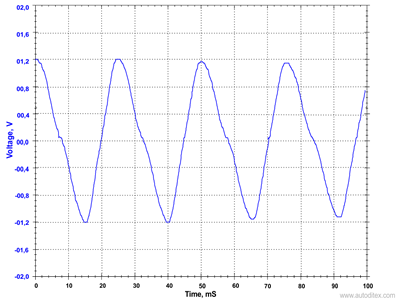 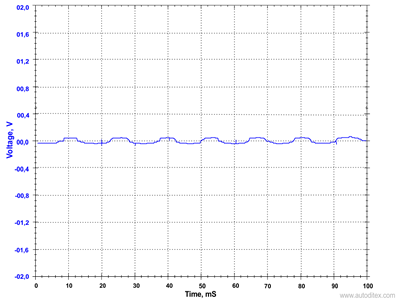 Procedure to verify the reliability of an active ABS sensor
Because of the added electronic circuitry inside the sensor, and active ABS sensor cannot be tested with an ohmmeter like the passive ABS sensor. The easiest way to identify whether the sensor is active or passive,is with a voltmeter. 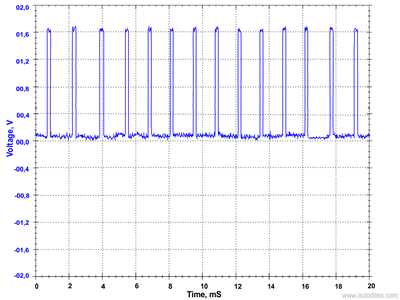 Possible reasons for failure of the active (digital) ABS sensor:
The principle cause of failure is the same as most other automotive sensors, the environment in which it operates. Wheel speed sensors operate in harsh conditions; they have to cope with extreme vibration, water, temperature fluctuations and dirt. The connecting wires have to cope with the demands brought by suspension and steering movements. All in all it’s not good news.

Send us an Email
[email protected]