Toyota Safety sense is made up out of multiple features, this intelligent safety package is designed to enable safe driving and help protect passengers.

Since the inception of vehicles, the manufacturers are trying there best to create safety features in automobiles and make them more reliable and safer. Toyota has always been serious about providing the most reliable cars to its customers across the globe. Toyota has always pushed its design and engineering wings to create easier, safer and smarter technology for its customers. The first airbag system or SRS system was mass produced and rolled out in 1992 by Toyota and since then they are working actively to create smart Toyota safety features.

The Australasian New Car Assessment Program or ANCAP does the most rigorous testing’s on cars. The testing is so strict that many manufacturers use there services before roll out of a production model. Toyota has always achieved amazing rating by ANCAP. Some of the common and new Toyota Safety features are explained below 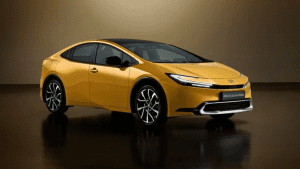 Some selected Toyota vehicles will have the capacity to detect pedestrians and cyclists. This system works only in the daylight. It helps a lot in avoiding collisions when turning across intersections.

One of the newest safety features is the Road Sign Assist or RSA. It is a smart feature designed to identify certain Australian speed limit signs. If there is a significant difference between the prescribed speed and the cars speed it will create an alert. In some countries it also limits the driving speed.

This system uses a front-mounted camera programmed to detect and relay certain speed limit information to you via the Multi-Information Display behind your steering wheel. When used with Active Cruise Control (ACC), RSA helps you alter your constant speed setting with a single click immediately after a change in speed limit has been detected.

Toyota Safety Sense’s Lane Departure Alert uses a camera to identify lane markings on the road ahead and alerts the driver with aural and visual warnings if the vehicle begins to wander from its lane without the turn indicator applied – the driver may then take remedial action.

Lane Trace Assist (LTA) is a feature that works in conjunction with Active Cruise Control (ACC) to monitor road markings and make modifications to assist you keep your place by providing extra steering support and sounding an audio alarm.

Automatic High Beam and How it works

High-beam headlights illuminate the road ahead of you, but they can be a dangerous distraction for other drivers. Toyota solved this age-old problem with cutting-edge technology that eliminates the need to manually control your headlights. Automatic High Beam employs a built-in camera to detect incoming traffic’s headlights and the tail lights of cars in front while travelling above 50km/h at night.

Active Cruise Control uses your Toyota’s built-in camera and front-grille-mounted radar to maintain a pre-set speed while automatically accelerating and decelerating with the traffic in front of you. All-Speed ACC is available on several Toyota vehicles, allowing you to slow down to 0km/h. Other versions just include High-Speed ACC, which is only meant to work at speeds over 50 km/h.